Skip to content
Home » 12 Upcoming Electric Car Launches in India That Will Stir Up the Auto Industry! 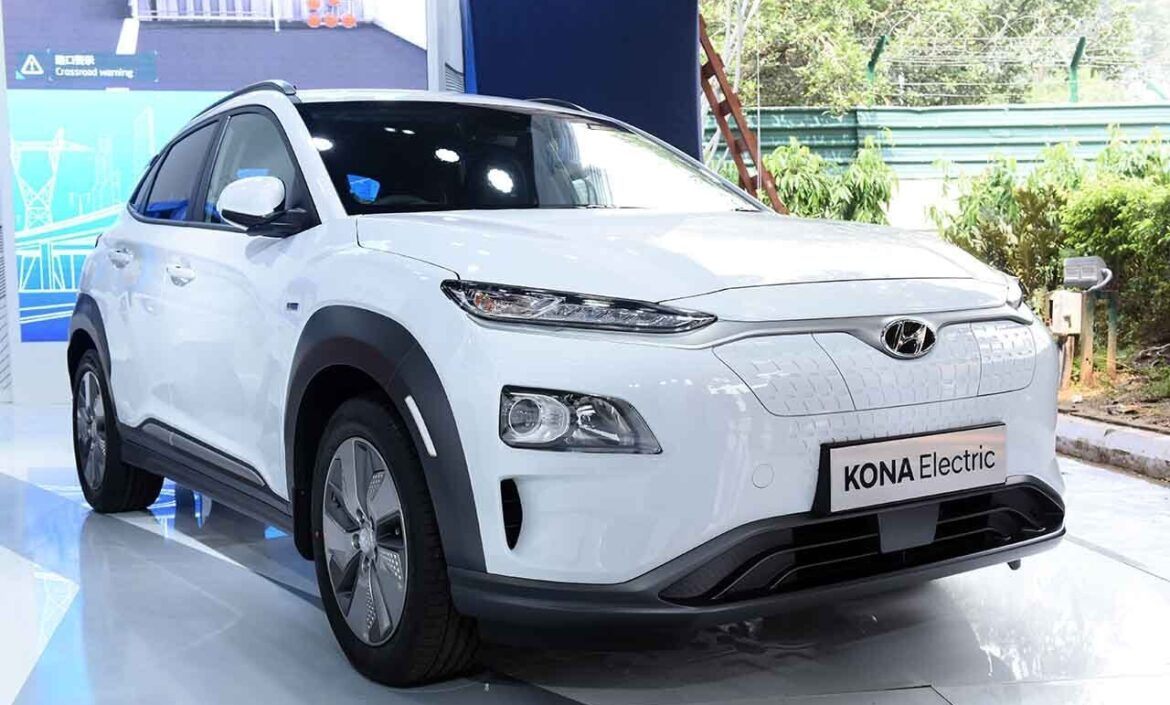 Mahindra was one of India’s first manufacturers to build an electric vehicle before any government subsidies were available. The Mahindra e2o was the company’s first electric car, with a battery range of 120 kilometers. The Mahindra XUV 300 is one of the most popular SUVs in India. As a result, bringing the XUV 300 electric vehicle to India would be a significant step forward. The Mahindra eXUV300 has been unveiled at the Auto Expo 2020. The electric version of the Mahindra XUV300 is headed to the market and will be a great competition to Nexon EV and ZS EV. It will be built on the carmaker’s Mahindra Electric Scalable and Modular Architecture (MESMA) platform and will be sold in two variants. Because Mahindra wants to differentiate between the EV and ICE versions, the XUV300 EV is expected to be called the XUV400. The test mule was recently observed with the charging port on the left front fender. It was a lower-spec model because it had steel wheels. The Mahindra eXUV300 will have a range of 300 km on a single charge from a 60kWh Lithium-Ion battery pack that will propel a 150kW electric motor. Priced at Rs. 18.6 -19.6 Lakh (estimated), the electric four-wheeler is expected to launch in July 2022.

Mahindra shook everyone with an electric line-up at the 2018 Auto Expo. Mahindra eKUV100 will be spearheading the electric car line-up from the Indian carmaker. Appearance-wise, the electric car looks similar to the standard car apart from the badging. The same is the case on the inside, however, the electric KUV makes do without a gear lever. The gear lever no longer creates a hindrance to the six-seat configuration. It will have a max torque of 120 Nm and max power of about 54 PS. The eclectic four-wheeler will also come with a 15.9 kWh battery pack and offer a peak range of 140 km. Mahindra Electric will be responsible for the eKUV100 when it will be launched in the country. Priced at Rs 8.00 – 9.00 Lakh (estimated), the Mahindra eKUV100 will be launched in April 2022.

Tata Punch EV is attracting car buyers through its Harrier-like looks, SUV traits, and spacious cabin. Based on the same ALFA (Agile Light Flexible Advanced) platform, just like the Tata Altroz, the Punch will also get an EV makeover. This electric four-wheeler will be offering a range of up to 300 km. If Tata launches the Punch EV, it will be cheaper than the Nexon EV. Currently, the Tata Punch is being offered with the 1.2-liter three-cylinder petrol from the Tiago and Altroz and puts out 86PS and 113 Nm. This engine pairs with a five-speed manual or an AMT gearbox. Introductory prices start from Rs 5.49 lakh with the top variant at Rs 9.09 lakh. The Punch has been well received, raking up the highest pre-launch bookings ever for a Tata car.

The Tata Altroz EV is currently Tata’s premium hatchback offering. The car was first showcased at the 2019 Geneva Motor Show and then at the 2020 Auto Expo in India. It is based on the ALFA platform, which is flexible to accommodate an ICE engine as well as an electric powertrain. The Altroz EV will draw power from IP67-rated dust and a water-proof battery pack that is good for a driving range of 300 km. This electric car can be positioned between the Tigor EV and the Nexon EV. Priced at Rs. 14 Lakhs (estimated), this electric four-wheeler is expected to launch in March 2022. Tata Altroz EV is available in Automatic transmission only. In configurations, Tata Altroz EV has dimensions of 3988 mm in length, 1754 mm in width, and 1505 mm^3 mm in height. Official details are yet to be confirmed.

The redesigned Kona, like its predecessor, will be assembled in India. The most noticeable physical change is in the front, where the Kona EV facelift ditches the grille panel and receives a sharper appearance thanks to a reprofiled bumper and reworked LED headlights. Though there are new LED taillights and a new bumper at the back, the profile remains essentially unchanged. The cabin layout hasn’t altered much, but new amenities including a larger touchscreen infotainment system, a new digital instrument cluster, and linked car technology have been included. Mechanically, the Kona Electric will keep its 39.2kWh battery and 136hp motor, giving it a 304-kilometer range. A 64kWh battery variant with a 204hp motor and a range of 483 kilometers is also available in Europe.

Tata’s Tiago EV will be taking on the Maruti WagonR EV as well as the Mahindra eKUV100. The upcoming electric car will have upgraded exteriors with a new radiator grille, chrome highlights, Body-color ORVMs, and body-color handles. Visually, it will look almost exactly like the ICE sibling but will offer a range of 213 km from its 21.5 kWh battery pack. Priced at Rs. 5 lakhs (estimated), it is expected to launch in March 2022. Tiago EV will be available in four variants.

“Blackbird” is the codename for Tata Motors’ upcoming mid-size SUV. It will be essentially a Nexon Coupe variant. The X1 platform will serve as the foundation. Surprisingly, Tata Motors will first debut the Blackbird as an EV, with the ICE version following later.

The renowned “Sierra” nameplate will be reintroduced to the Indian market by the homegrown manufacturer. Sierra, on the other hand, will be available just as an electric vehicle this time. Tata did show off the Sierra EV at the 2020 Auto Expo. The electric SUV is currently in its early phases of development and will not be available until 2025. It will be built on the new Sigma platform designed exclusively for electric vehicles.

This year, Hyundai will introduce the IONIQ 5 to the Indian market. For the time being, it will only be available as a CBU. The IONIQ 5 is built on a brand-new platform designed exclusively for electric vehicles. It is available in two battery packs. The IONIQ 5 is a futuristic-looking vehicle that attracts a lot of attention.

Maruti’s well-known Multipurpose Utility Vehicle may soon get an electrified makeover. It would be one of the most keenly awaited electric automobiles in India. The size of the Ertiga electric automobile will be reduced to accommodate the massive electric battery and motor. Maruti Suzuki will release the Ertiga electric vehicle after the Wagon R electric vehicle. Maruti has declared that they will prioritize CNG and hybrid automobiles while simultaneously focusing on electric vehicles. Furthermore, the corporation has been working on hybrid automobile development alongside Toyota Motor Co. In addition, Gujarat, India, Maruti, Toshiba, and Denso have collaborated to develop a lithium-ion manufacturing plant.

MG will release the ZS EV Facelift later this month. It would be based on the Astor, which was introduced in the Indian market last year. The ZS EV will also have a larger battery pack, which should aid with driving range. The inside will be similar to that of the Astor. MG would include many characteristics that the current ZS EV does not have.

The year 2022 will be a watershed moment in the electric vehicle revolution. The rising availability of electric car options is a factor that can easily bring home an EV. If you’re looking to buy a car, you should consider an electric vehicle.

2 thoughts on “12 Upcoming Electric Car Launches in India That Will Stir Up the Auto Industry!”