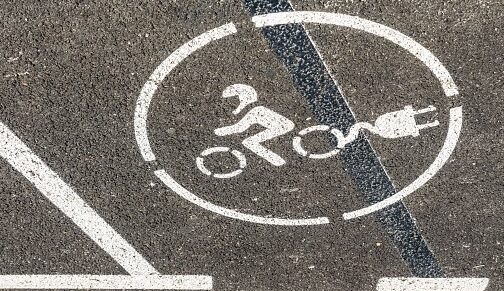 The Hero Electric AE-47 is the only bike in this segment that will launch after the AE-75. This neo-retro-designed motorcycle is powered by a removable 3.5 kWh lithium-ion battery pack and has a 4 kW electric hub motor. It has two ride modes, 165 km in Eco mode and 85 km in Power mode. Feature-wise, the AE-47 comes with a digital instrument cluster with

The expected price of the electric bike is Rs 1,25,000 – Rs 1,50,000 and is expected to launch in April 2022. The AE-47 will directly compete against the Revolt RV400, another electric bike on sale in India and is surely one of the most important upcoming electric bikes in India.

The Revolt RV400 looks like a normal sports motorcycle, but when turned on the ignition, it makes no noise. This is because it is an electric bike. It has a speed of 85km / h and a range of up to 150km per charge. RV400 bike has a removable 3.24 kW battery that charges in less than 5 hours indoors and just to be on the safe side, it has disc brakes on both sides. The price of the electric bike is Rs. 90,799 which is quite budget-friendly.

The Evoke Urban Classic bike has recently been spotted in India and is expected to launch in August 2022 in the market. The Chinese manufacturer is all set to commence its operations in India. However, the bike is priced on the higher end and may not fit in a market like ours as we are cost-conscious. The expected price of the electric bike is Rs. 6.5 Lakhs and has 3 riding modes- Eco, City, Pro.

Devot Motors unveiled its prototype at the Auto Expo 2020. For the time being, the model does not have a name. The bike is suspended on a USD fork with dual shock absorbers and carries an onboard charger. Priced at Rs.1 lakh, it is one of the awaited upcoming electric bikes in India. The specifications have not been revealed yet. The bike also claims to offer the top speed of 100 km per hour. The electric bike is expected to launch in March 2022.

With the British marque player unveiling the prototype frame, battery, ‘Project Triumph TE-1’ electric bike will be hitting the road in a year or two. Triumph called in engineers from the University of Warwick’s WMG to test the components for their ability to withstand battery loads. The brand has not disclosed much, but they have given information that the motor, built by Integral’s e-Drive division, puts out close to 180 horsepower and weighs just 10 kilos which is a revolution in itself. The electric bike is expected to launch in January 2023 and is priced at Rs. 15 Lakhs. The specifications have not been revealed yet.

Emote Electric Surge received a lot of appreciation when unveiled at the Auto Expo 2020. The model comes with a four-speed gearbox so as to help improve the riding experience and enhance engagement. The 2.88kWh battery pack weighs 26kg and can go up to a distance of 100 km with a single charge. Priced at Rs. 1 Lakh, this electric bike model is also one of the most affordable upcoming bikes in India.

The demand for electric two-wheelers is rising day by day and electric bikes have become all the rage these days. The shift from gas-powered bikes to electric bikes is happening around because people have become well-aware of the menace created due to pollution. Even the government is encouraging people to shift to electric vehicles as they are user as well as environment-friendly.