Skip to content
Home » Electric Scooters Vs Petrol Scooters: Which One Should You Buy in 2022? 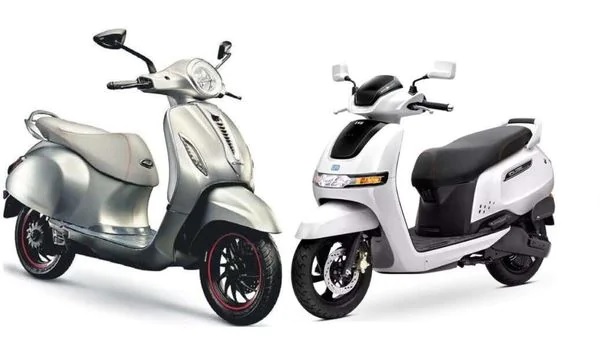 Electric scooters have become increasingly popular in recent months. One of the key drivers of the change to electric scooters is the ever-increasing expense of fuel. Furthermore, the government is encouraging the usage of electric automobiles. Though some people are planning to own one but do not have any idea about the pricing and maintenance cost of electric scooters. Also, one might wonder why electric scooters over ICE scooters? Don’t worry, we have included the answers to all of your questions below.

The cost-benefit analysis of purchasing and utilizing an electric scooter is one of the areas where individuals get stuck. Yes, features are important, but value for money may still be the most important factor. To help you out,  we’ve divided the cost comparison into two sections: purchasing and operating the scooter. We have chosen the Ather 450X for comparison because it is now the most readily available electric scooter in the country.

Here’s how much an electric scooter like the Ather 450X costs in contrast to the Honda Activa 6G and TVS Jupiter 125 in various Indian states.

The Ather 450X costs roughly twice as much as the Honda Active 6G and TVS Jupiter 125, as you can see. From a purely financial standpoint, the Ather 450X doesn’t seem to make much sense, does it? However, owning a vehicle is only one part of the problem; the other, and perhaps more crucial, consideration is how to operate and maintain it.

When it comes to running and maintaining scooters, both electric and ICE scooters have their own set of issues. The two primary obstacles in the minds of prospective purchasers when it comes to electric scooters are charging and range concern. Companies have attempted to address this to some extent by including chargers with scooters and establishing a charging network in major cities. However, range anxiety is still a worry.

When it comes to petrol scooters, the most pressing issue is the cost of fuel. On January 1, 2021, the price of a liter of petrol in New Delhi was 83.71 rupees. It grew by 14% to 95.41 after a year. This is higher than the inflation rate. Apart from that, the cost of maintenance is another significant factor in buying a petrol scooter. The average cost of maintaining a Honda Activa for the first two years is ₹4,822 however, these expenditures can rise dramatically with use and age. An Ather 450X, on the other hand, costs ₹2,400 a year to maintain.

The cost per kilometer is the final consideration while riding a scooter. According to most accounts, the Ather 450X has a real-world range of 85 kilometers (KM) per charge, whereas the Activa and Jupiter have a range of 45-48 kilometers per liter. A complete charge, according to Ather and depending on domestic electricity pricing, will cost between  ₹15-20. For these computations, we’ve taken ₹20 as the upper band.

The message here is that, while an electric scooter may have a much greater initial cost, the cost decreases dramatically as you ride more. This is entirely due to the much higher per-kilometer cost of gasoline as compared to electricity.

2 thoughts on “Electric Scooters Vs Petrol Scooters: Which One Should You Buy in 2022?”