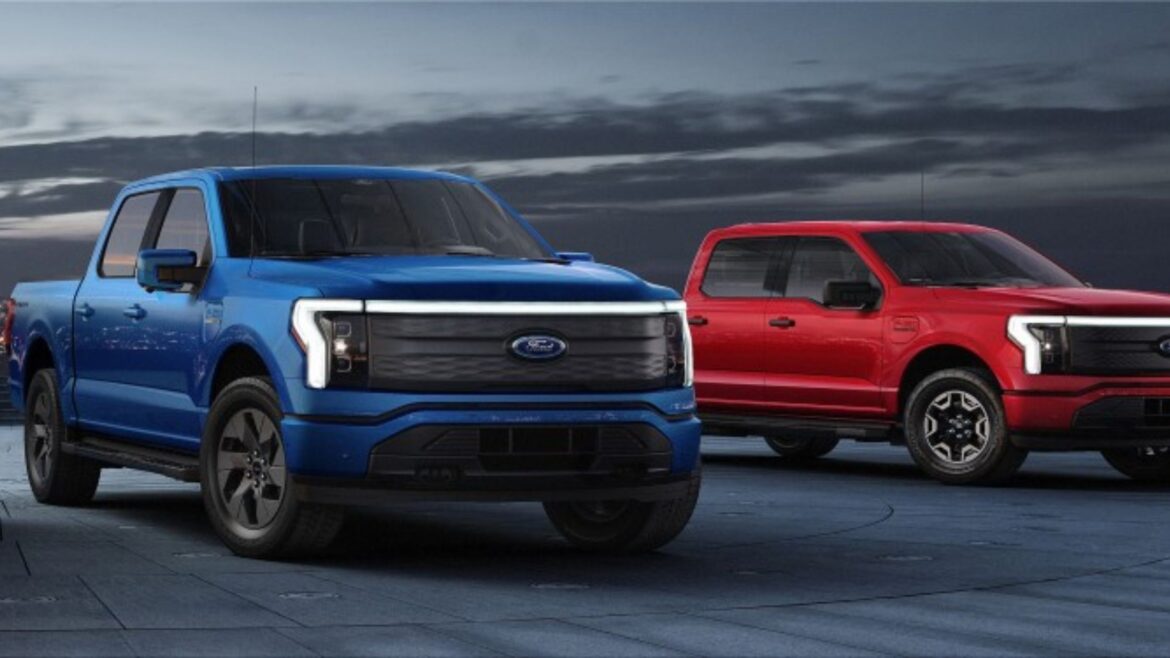 Based on reservations, it may be Ford’s most surprising product success — and it’s not even in production yet. The 22 Ford F-150 Lightning, whose deliveries are set to begin this spring, has now had its reservations blocked after exceeding 200,000 in the eight months following its May 2021 introduction.

The F-150 Lightning Pro is part of Ford’s effort to electrify its work trucks and leverage software-based services to assist small business owners in getting the most out of a conversion to electric vehicles. According to Ford, this could create $45 billion in revenue by 2025, which is more than it could earn from selling personal EVs, which is part of the plan and a critical enabler.

Ford would not let any automotive writer drive the early production F-150 Lightning and E-Transit, but from the right seat, it’s obvious that the company’s $22 billion investment in electrification (through 2025) is paying off. The Lightning will be offered in four trim levels: Pro, XLT, Lariat, and Platinum, each with two motors and an all-wheel drive. According to the demographics of the current F-150, the four trims are divided into two distinct owner groups.

The PRO is the entry-level work truck, with four-wheel drive and 775 foot-pounds of torque. It starts with the smaller of the two battery packs and costs less than $40,000 with four-wheel drive and 775 foot-pounds of torque. The XLT adds the larger battery, increasing the range to 300 miles and adding more standard equipment for slightly less than $53,000. Ford expects the Lariat and Platinum trim levels to be more appealing to personal truck owners. They have a 15.5-inch touchscreen as well as other features. The volume of bookings has already prompted Ford to expand Lightning’s initial output from 40 to 80,000 units. Rather than a single model, Ford officials at the drive program informed that the business will create a wide range of variants ranging from Pro to Platinum.

Before picking between the standard-range battery with a 230-mile driving range and the extended-range battery with a 300-mile driving range, prospective Lightning buyers should assess their driving needs. The performance stats are similar, with 0-60 in 4.5-5 seconds thanks to the tremendous torque. The Lightning isn’t a sports vehicle, but if you close your eyes, it might fool you on a tight circuit with a straightaway to demonstrate acceleration.

The Lightning is the first F-150 with independent rear suspension, and despite the additional weight of the battery pack – roughly 150 kWh, though Ford hasn’t specified a precise capacity – the electric truck handles potholes, uneven ridges, and other irregularities without the crashing ride of a live-axle pickup. It is also unusually quiet. Although Ford didn’t have a comparable gasoline F-150 Pro on hand, the pedestrian-alert sound was the most audible up to about 20 mph. Owners of a gasoline or diesel vehicle will be the first to tell you how much they loathe Lightning’s electric noise and how they could never get used to it. Some may miss the growl, rumble, and throaty sound of a V8, but that, too, will pass.

The electric truck has about 50-50 weight distribution, so even when there was no cargo in the bed, the back wheels maintained traction. According to John Voelcker, Contributing Editor at Car and Driver Magazine,  the inside rear wheel skidded on gravel in the tightest of turns. The “digital locking axle” is programmed into the traction-control software, according to Jasen Turnbull, Lightning’s marketing manager. In Normal drive mode, the driver can activate the locker, but it is otherwise disabled.

It is safe to assume that the Ford F-150 Lightning will be capable of the types of vehicle obligations that truck buyers expect – up to 10,000 lbs. (4,536 kg) of towing, as we have heard several times.