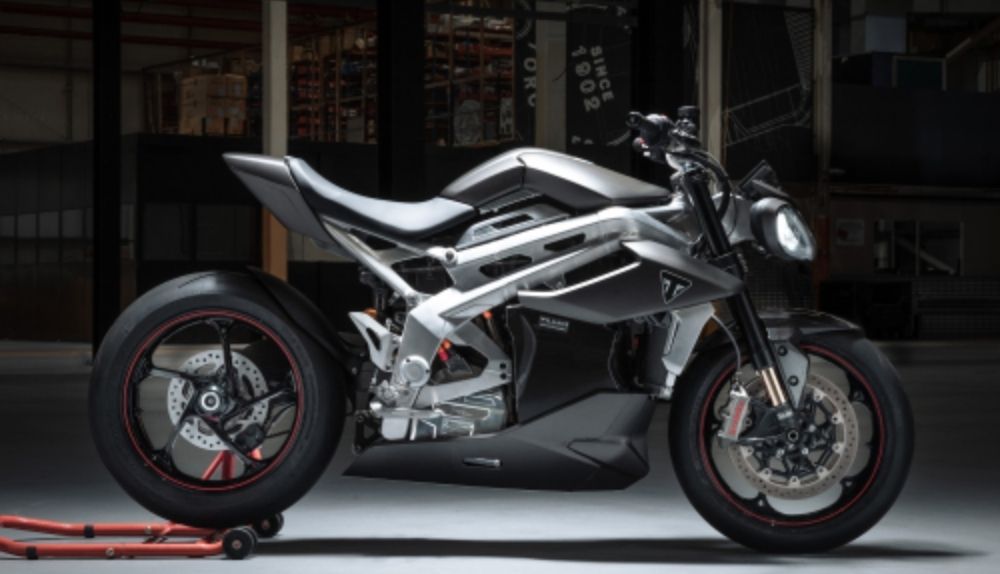 The Office for Zero-Emission Vehicles through Innovate UK funded collaboration between Triumph Motorcycles, Williams Advanced Engineering (WAE), Integral Powertrain Ltd, and WMG at the University of Warwick to develop ground-breaking developments in specialist electric motorcycle engineering and innovative integrated technology design. Triumph Motorcycles has unveiled Project TE-1, an electric motorbike prototype, and announced that phase 3 of the project is now complete. The TE-1 prototype was created in partnership with Williams Advanced Engineering (WAE), which is in charge of the motorcycle’s battery pack.

The completed demonstrator marks the official end of the TE-1 project’s collaboration stage, and it is now fully ready for the next Triumph-led stage of the project to begin – the live testing program – which will integrate for the first time all of the latest and final innovations from the project partner workstreams.

The WAE battery pack features dedicated cell packaging for a low centre of gravity, a vehicle control unit, a DCDC converter, integrated cooling, a charge port, and stylish carbon covers. With class-leading power, efficiency, charging time, and range, this all-new WAE-developed powertrain will establish new benchmarks for electric bike performance.WAE developed the TE-1’s lightweight battery system entirely on its own, taking a holistic approach to development that will allow riders to use more electric power for longer periods of time, enabling access to great performance independent of battery charge, as well as speedy charging times.

WAE’s 15kWh battery pack powers the TE-1, which is coupled to a powertrain that includes a scalable integrated inverter and a combined motor with silicon carbide switching technology and integrated cooling. According to Integral’s CTO Andrew Cross, the electric bike produces roughly 180PS, whereas the TE-1’s electric unit is capable of more than 500kW, the equivalent of around 680PS. Keep in mind that, while the engine is reputedly capable of 680PS, expecting that much power from a motorcycle is almost certainly a prescription for catastrophe. ICE nakeds, such as the Ducati Streetfighter V4, are already rather fast and frightening, while only producing 200PS.

During this phase, key project accomplishments include test results that exceed current benchmarks and targets set by the UK Automotive Council for 2025, giving a platform with tremendous potential for future advancement in electric motorcycle performance. The EV is predicted to have a range of around 193 kilometers; however, all performance metrics will be tested only in phase 4.

The overall goal of the TE-1 project has been to develop electric motorcycle capability in order to provide input into Triumph’s future electric motorcycle offering, as well as to drive innovation, capability, and new intellectual property, while also enhancing the credibility and profile of British industry and design.