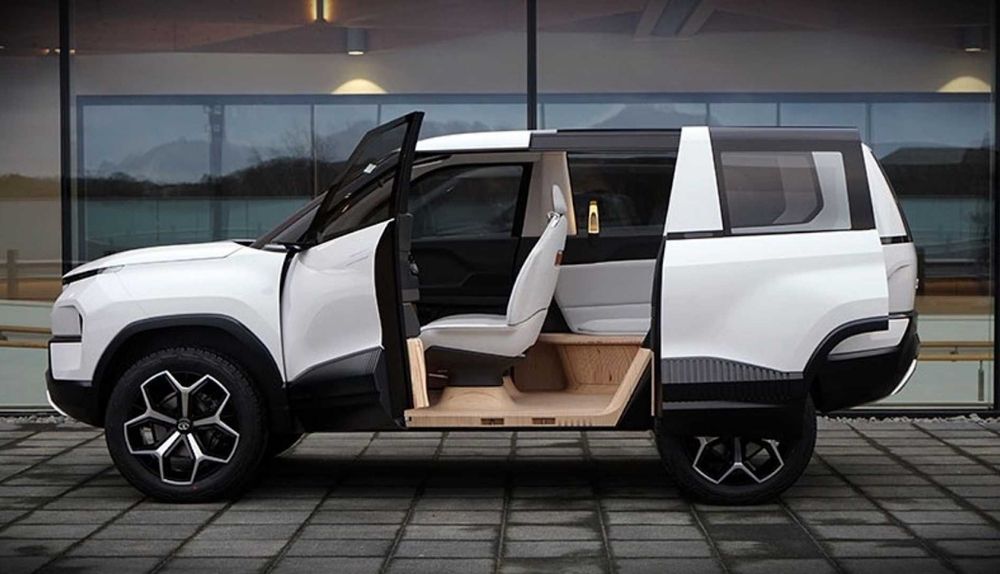 The repurposed IC engine platform has previously been employed in the Tata Nexon EV and the recently introduced Tigor EV. The former is due for an update this year. The Nexon EV 2022 will have a somewhat modified appearance, a larger battery pack, and a longer range. The same architecture will be used in the next Tata Nexon Coupe EV, which is scheduled for release in 2023.

The company slightly changed the vehicle’s current platform to fit the battery pack and electric motor into the available space in the adapted IV engine platform. Tata’s new, all-electric Sigma platform was created for the brand’s future models. It’s based on the Alfa platform but has been substantially changed for electricity. The company redesigned the gasoline tank region, removed the transmission tunnel, and pressed the side members to create a flat floor for the battery pack to fit the electric powertrain. The Sigma-based EVs are projected to be lighter, more energy-efficient, and more capacious than the converted IC engine platform.

The Sigma platform will be used for the first time in the future Tata Sierra EV. When it comes to the new skateboard, the architecture was created specifically for electric cars. The skateboard-based EVs, on the other hand, will take a few years to touch the roads. Skateboards typically have a longer wheelbase to accommodate a large battery pack between the front and back axles. As a result, Tata’s first skateboard-based vehicle will most likely be a large SUV.

The third skateboard platform will be introduced in the future and built from the grounds up. This will allow the brand to work on the future of electric vehicles in parallel and according to the segment and demand.

The ICE to EV platform approach enables the brand to swiftly acquire internal combustion vehicles and transition them to EVs. The Tata Nexon EV, built on the X1 platform, and the Tata Tigor EV, built on the X0 platform, are two examples of such vehicles that the company has already released. The two electric motors and batteries have been modified to fit in the space left by the IC engine and gasoline tank. As a result, the EV still includes a transmission tunnel, which may not be necessary for electric vehicles.

What is Sigma Platform?

The ‘Sigma’ architecture, which is now electric-only, will be extensively modified for electrification. The Sigma platform will most likely be based on the current ALFA or X4 architecture. The Tata Altroz and Punch are currently supported by the ALFA and X4. The transmission tunnels are expected to be deleted as of a result of the alterations, as is the fuel tank area. The side members may also be pulled out from the cabin to provide additional legroom and a flat floor. For further optimization, the brand will re-engineer the platform around the battery pack. The Sierra EV will most likely be constructed on the Sigma platform and will make its appearance soon.

More information about the new Tata electric vehicles will be released shortly.